It is now more than 30 years since the launch of the bilateral:anada-U.S. Free Trade Agreement (CUFTA), predecessor to the multilateral North American Free Trade Agreement (NAFTA) and the (now abandoned) Free Trade Area of the Americas (FTAA). For a generation, these "free trade" initiatives provided an important part of the framework in which political movements developed in Canada, engendering debates and controversies which continue to this day. When a new moment of trade politics emerged with Donald Trump's challenge to NAFTA, some veterans from those earlier anti-free trade battles were unable to see the new, white nationalist terrain upon which Trump was operating. This article - organized principally around the author's own engagement with the anti-free trade movements of the 1980s - suggests that this inability to see clearly the new context of anti-free trade politics was rooted in the incomplete and contradictory left-nationalist theory which underpinned most anti-free trade politics of that earlier era. The article suggests that while there are national questions in Canada - in particular those associated with Indigenous peoples and with Quebec - the attempt to articulate a parallel "national question" in Canada as a whole has proven to be impossible. 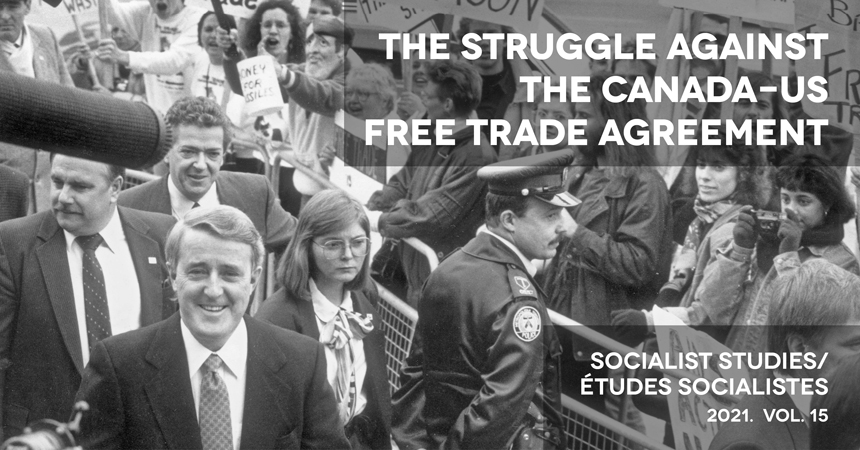 Vol. 15 No. 1 (2021): Special Issue: Reflections on the Struggle Against the Canada-US Free Trade Agreement, 30 Years Later

This work is licensed under a Creative Commons Attribution 4.0 International License.