‘Clearly Blown Away by the End of the Morning’s Drama’: Spectacle, Pacification and the 2010 World Cup, South Africa

The massive security assemblages surrounding major sporting events and political summits embody two layers of spectacle. On the one hand, security operations are central to the governance of entertainment and media imagery. Simultaneously these security measures are profoundly theatrical and calibrated for the maximum visual impact: the spectacle of security itself. Some critical thinkers have described this dual spectacle as indicative of a contemporary state-corporate obsession with image and perception management, an obsession which detracts from ‘valid’ security concerns. By contrast I argue that spectacle and theatricality are in fact highly functional components of the pacification projects of state and capital. With reference to Guy Debord’s conception of ‘spectacle’, this article highlights how mega-events reveal, in highly dramatised form, the logic of pacification. Using the 2010 FIFA (Fédération Internationale de Football Association) soccer World Cup as a case study, the article demonstrates how police and military power are mobilised to secure accumulation, to enforce social control and to extend the power and arsenal of the state security apparatus. What is truly spectacular about mega-event security is not just the incorporation of media templates into the working of state forces. Rather, the rhetoric and concept of security itself becomes a form of spectacular power as it serves to both obscure and justify how mega-events are ultimately projects of class power. 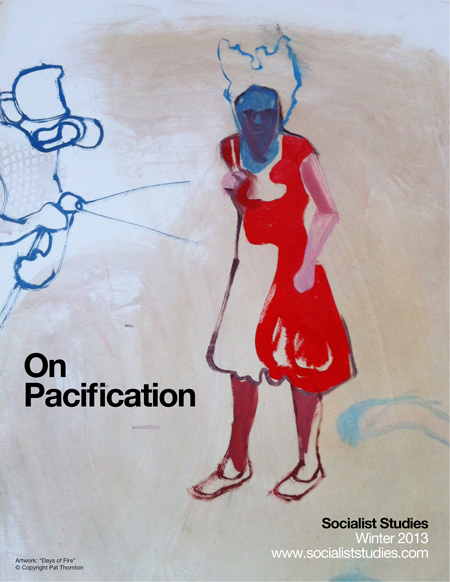